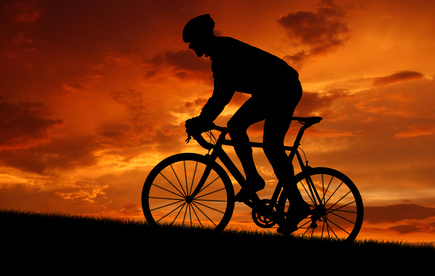 For those of you that have been through a fraud (frauds), the characteristics of Lance Armstrong are parallel to some of the fraudulent characters that I have met, sent to jail and had the opportunity to meet over the years. Let’s take a look at some of these human characteristics and perhaps reflect on a good Armstrong too.

The Intentional misrepresentation of the facts with the intent of getting a person or organization to do what they would not do if they knew the facts.

There is a hidden component that might be there at the start of your lending contract, but it can also happen after the loan is made so as to improve the appearance of collateral, financial conditions and overall operations. Some might say “smoke and mirrors” and others would say a “house of cards being built,” but the truth is hidden at some point and there is usually a financial component of gain when loans are involved.

They will Beat You Up – Lance Strong-Arm:

The borrower will come after you for questioning them.  They might “beat you up:”

“You don’t trust me, even after everything that I just told you.”

“You better be careful what you say to me, I don’t like your attitude or line of questioning.”

“Did you just start auditing? I explained this to the last auditor that was here.”

“Who’s your boss, I want to call them right now!”

“Our lawyers are salivating over this because you’re wrong and once you stop funding us it is not going to be pretty.”

It looks like Lance is no different than so many Borrowers that I have met in the past 27+ years. What’s going on? It is a defense mechanism to react to you getting close to the truth. You must be onto something, they are trying to strong-arm you and push you away. Will you have the stomach to stay or will you back off?

Type-A?  Competitive?  Win at All costs?

Some people are born competitors and some are keenly competitive or even predatory in nature. I think we all know people like that, but what is the motivation behind the lies, the deception, the “at all costs” attitude that create fraud. This is just some of it, but consider things like:

Armstrong’s take on the above?
– His responsibility to the sponsors and his team;
– He made millions and owns properties in places like Colorado and Spain
– His own reputation and his 5 children now face public reaction
– He won 7 Tour De France victories by building upon his deception and name (that also let him pick some of the best riders in the world to help his team)
– He doped to “level the playing field” because all the top riders were doing it too.

The Two Sides to Armstrong and the Borrower:

Armstrong did good, a lot of good. His cancer awareness program has no doubt helped save many-many lives. His winning attitude and words were sincere. His hard work was real. Companies have mission statements, a purpose and in many ways they enrich the lives of the workers (houses, cars, college tuition, vacations, Etc.). A typical entrepreneur has a purpose and they contribute something to the world.

But survival instincts can outweigh moral beliefs and the need to survive can include the need to lie and fabricate. Those comments noted above like “Who’s your boss, I want to call them right now!” are part of that “other side” where barking like a dog scares away the timid while seeking to preserve the lies a while longer, fighting to survive, to perpetuate the lie for another day. Sure some good is done along the way, but some get hurt too.

Who Really Gets Hurt?:

I remember a borrower saying that “It was in the bank’s best interest that we did this.” I can see that paying payroll and not shutting down over a minor shortfall of cash would seem to be justified, but why not go to the lender and plead the case to create a structured over-advance?

Armstrong made millions in prize money and endorsements. Those companies got good advertising while selling quality products. Armstrong used very good gear and endorsed good companies. But Armstrong trashed the reputation of anyone that challenged his “dope free” stance and that personal defamation of character is not only mean, it is a horrible thing to do to a person’s reputation. While Floyd Landis (Won the Tour De France but was disqualified for using synthetic Testosterone) ruined his own reputation, his suite against Armstrong is also a bit insane when you consider that he has already ruined his own reputation. But others were just trying to bear witness to the rule violations and they had their personal reputations ruined.

Banks do sometimes get sued for lender liability and they often get dragged through the mud in scandals (look at the European Libor scandal that just happened, those lenders did it to themselves).  But lender liability can be managed with proper notification and written documentation that is signed (typically a “forbearance agreement”).

Consumers, corporations, endowments, unions, mutual funds, pensions and more will end up paying the bill from higher fees and other revenue enhancements needed to revive earnings after fraud losses. A write-off of just $1.00 of equity in a bank earning 2% will cause a need to book $50.00 of new earning investments.  That’s why fees are an asset-free way of replacing losses. But we pay those higher fees.

A Tale of Four Armstrongs:

Before concluding this Blog, I want to talk about four Armstrongs and only one is now infamous.

The Good Lance Armstrong – The Livestrong cancer charity organization saves and will continue to save lives. It fits Lance’s personality to get the message out loud and proud. Lance ran Livestrong and raised over $500 million dollars during his tenure. That leadership may help him to run another successful and well-motivated company in the future. Would you lend to a fraudster? Some will.

The Bad Lance Armstrong – He doped, he broke the rules, he lied about it and he ruined people’s lives over it. I know a few borrowers that have done most of that too, but not to the level of character assassination that Lance has done.

Neil Armstrong – The Astronaut – Talk about wild luck, Buzz Aldrin was the Commander of Apollo 11 and should have been the first to walk on the moon, but they designed the capsule with the hatch on the wrong side (one story).  Another version of the story says that they needed a humble man to fill the shoes of a legend in the making and the hatch was placed on Neil’s side on purpose. Thus Neil Armstrong became the first man to walk on the moon.  A legend-hero status that this engineer-aviator did not want, but he because the voice and face of that era.

Neil Armstrong – The Man – He passed away in August of 2012, but he lived a quiet life, rather than that of a man on the talking circuit or even the legend from 1969. He went on to teach at the Department of Aerospace Engineering at the University of Cincinnati and “Professor” was a title that he could accept. He was extremely quiet about his personal life and it has been said that after uttering “One small step for man..” that there really wasn’t much more to say. He was often described as “a reluctant hero.” He was one of mine.

Conclusion to This Behavior:

How do you want to be known? How would you like to be remembered? Why? Those are easy questions, but look what infamy will do to the answers. My advice to any borrower that is in trouble is that you need to go to the lender and plead your case. We’re not gods or rock stars, but we want to help people realize their dreams and we can often help you find the right way to make that happen and furher build your business into a legend.

This website uses cookies to improve your experience while you navigate through the website. Out of these, the cookies that are categorized as necessary are stored on your browser as they are essential for the working of basic functionalities of the website. We also use third-party cookies that help us analyze and understand how you use this website. These cookies will be stored in your browser only with your consent. You also have the option to opt-out of these cookies. But opting out of some of these cookies may affect your browsing experience.
Necessary Always Enabled
Necessary cookies are absolutely essential for the website to function properly. This category only includes cookies that ensures basic functionalities and security features of the website. These cookies do not store any personal information.
Non-necessary
Any cookies that may not be particularly necessary for the website to function and is used specifically to collect user personal data via analytics, ads, other embedded contents are termed as non-necessary cookies. It is mandatory to procure user consent prior to running these cookies on your website.
SAVE & ACCEPT